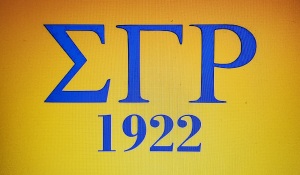 Jackie, as she was affectionately known, professed her hope in Christ at an early age. She was an active and faithful member of West Springhill Missionary Baptist Church where she served in many capacities such as Youth Leader, Vacation Bible School Teacher, and sang in the choir.

Jackie was united in holy matrimony to Michael Certion, Sr. in 2000, and to this union, they had three sons. She was employed by the University of Mississippi as the Assistant Director for the FASTrack Program with the College of Liberal Arts.

Leadership and planning were natural traits of Jackie’s. You could always count on her to participate in or coordinate events that geared towards giving back to her community, mentoring and inspiring the youth, and helping the students of UM. Her professional affiliations include; the Black Faculty and Staff Association of UM, Omega Phi Alpha National Service Sorority, The National Society of Collegiate Scholars, Phi Eta Sigma National Honor Society and Sigma Gamma Rho Sorority, Inc., which she loved dearly. She also volunteered at the Boys & Girls Club of Oxford. When she was not fulfilling community service duties, Jackie enjoyed spending time with her family, friends, and sorority sisters.

Over the course of her life, Jackie was the recipient of numerous accolades and awards including; the Dr. Lucius L. Williams, Jr. Award (2004), Lift Every Voice Award (2011), LOU Martin Luther King Day of Service Award (2016), and the Harriet Tubman Award (2019) and many others.

To send flowers to the family or plant a tree in memory of Jacqueline E. (Fuller) Certion, please visit our floral store.