Share a memory
Obituary & Services
Tribute Wall
Read more about the life story of Willa and share your memories in the Tribute Book.

After graduating from David Brearley High School in Kenilworth, Willa enrolled in night classes to earn a B.A. in Management Science from Kean University before joining Unisys Corporation in New York City as a financial analyst.  As she earned an M.Div. degree at Boston University, she was ordained as a minister in the National Baptist Church and served briefly as assistant pastor at Union Baptist Church in Cambridge, MA.  However, she had been interested in Judaism since childhood as she would ask her mother, “If we’re supposed to be like Jesus, and Jesus was Jewish, shouldn’t we all be Jewish?”

After marrying Kirk in 1989, Willa began her doctoral studies at Vanderbilt University, where in 1999 she became the second African American woman in the United States to earn a Ph.D. in Hebrew Bible.  She taught briefly at the University of Illinois Urbana Champaign and started a cut-flower farm in Newcastle, Maine, before moving to Oxford in 2005 with Kirk and Olivia, age 7.

Willa began her career at the University of Mississippi as an adjunct instructor in the Department of Philosophy and Religion but in 2008 became an assistant professor in the Department of Sociology and Anthropology.  She was interested in how people are dehumanized, whether during atrocities such as genocides or in everyday life.  Through classes such as the Sociology of Disability, the Sociology of Holocaust Art, and Women and Genocide, she helped students explore ways to restore our common humanity.  With her promotion in 2020, she became the first African American woman in the history of the University of Mississippi to rise from adjunct instructor to full professor.  But she was proudest of the many ways she helped underrepresented students and junior faculty thrive in the academy and in life.  Willa was a one-of-a-kind professor, mentor, mother, spouse, sister, aunt, confidante, and friend.  She will be terribly missed.

On November 7, 2022, Willa Johnson died peacefully at age 65 after a protracted battle with uterine cancer.  Willa will be remembered by her husband Kirk and daughter Olivia; her sister, Patricia, her brothers, Alan and Philip, and their wives, Melissa and Stephanie. She will also be missed by her nephews, Philip and Steven, her nieces, Jessica, Ruby, Déjà, and Sherell; extended family, and dear friends.

She was preceded in death by her parents, LeRoy and Mildred Mathis of Kenilworth, NJ, and her brothers LeRoy Jr., and Edwin.

The family is abundantly grateful for the medical professionals who cared for Willa with uncommon compassion and state-of-the-art expertise. Willa felt that the oncologists and other specialists at West Cancer Center in Memphis, including Drs. Linda Smiley, Michael Levinson, and W. Clay Jackson, and their nursing and support teams, particularly Madison Smith and Paige Scheinberg, were second-to-none. Similarly, the family has the deepest regard for Kindred Hospice in Oxford, particularly nurse LeighAnn Morgan and CNA Jackie Sawyer, who went out of their way, sometimes making home visits seven days a week, to ensure that their cancer patient was clean, comfortable, and genuinely cared for.

In lieu of flowers, please consider making a donation in Willa's name to the American Joint Distribution Committee, http://www.jdc.org 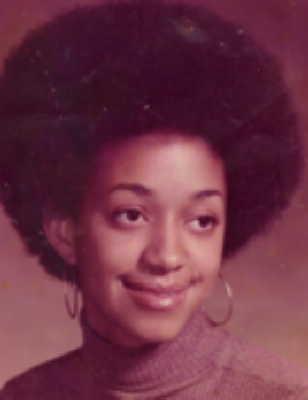 Please note
Daily visitor parking permits can be purchased online in advance for $4 by clicking this link: https://olemiss.edu/parking/visitors.html. Visitors can park on University Avenue starting at the Welcome Center booth and around the Lyceum Circle. Metered parking for $1.50 is also available for visitors on All-American Drive behind the Martindale-Cole building or in the parking lots around the Turner Center.
© 2022 L Hodges Funeral Service. All Rights Reserved. Funeral Home website by CFS & TA | Terms of Use | Privacy Policy | Accessibility